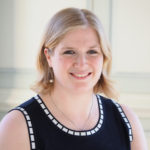 Kat is a Partner at Gavin Law Offices, handling a wide range of matters including trademark prosecution and enforcement, contractual and transactional legal matters, entity formation, copyright prosecution and enforcement, and domain disputes. Kat graduated from the University of Richmond School of Law, where she concentrated on Intellectual Property law and earned University of Richmond’s Intellectual Property Certificate.

While in law school, Kat worked as a Student Law Associate in the University of Richmond Intellectual Property & Transactional Law Clinic. In this position, she assisted several clients pro bono with their entity formation, trademark prosecution, and nonprofit formation. She was also a member of the Student Intellectual Property Association. She also participated in a special seminar (with Ms. Van Orden) researching corruption and efforts to combat corruption in Brazil leading up to the 2016 Rio Olympics. This seminar produced an initial essay in 2014 as well as a final report published in spring 2016.

Kat began her legal career at Gavin Law Offices in 2006 as an intern when not in school. She also worked as an administrative assistant at GLO, as well as a legal intern, finally achieving the final evolution into an associate after passing the Virginia State Bar. She has also worked for a brief stint in the Virginia General Assembly as a page to Senator Walter Stosch, and as an intern in the Law Library of Congress. While at the Law Library of Congress, she co-presented “Legal Clean-up on Aisle 4!” to fellow law librarians as well as to the general public. After a period working as a Russian translator for the School of Russian and Asian Studies in Moscow in 2012, Kat returned to the world of law.

My business had been through the trademark process before.  We jumped in not knowing much about how this all works; costs to expect or challenges to plan for.  The first time around wasn’t bad.  But I sure didn’t end that process feeling like part of what I paid for was education, assurance and future support. When Inspiring HR matured to the point that we needed logo image and company name text trademarked Gavin Law came highly recommended.  I am so pleased we chose to work with them!  This second time around I ended the application process feeling so much more prepared, comfortable and informed.  Gavin Law staff are all easy to work with, thorough, responsive and fun!  Yes, fun!  I would trust them with all Inspiring HR’s future Intellectual Property legal work.  They invested the time, attention and energy for me to walk away feeling like we aligned with a partner who cares.