Our own Katie Van Schooneveld took some time out of the office in April, to travel in the United Kingdom, visiting many notable filming locations across Scotland and England. Below are a few photos highlighting her visit. 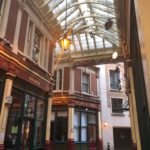 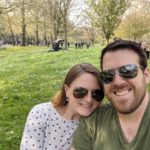 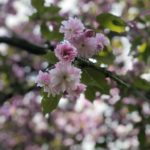 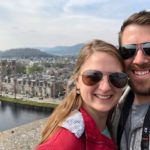 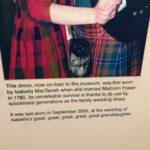 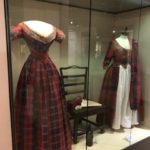 Wedding Dress of MacTavish and Fraser 1785 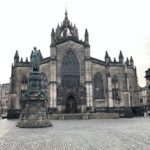 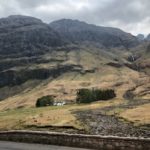 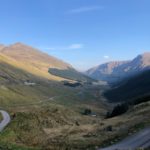 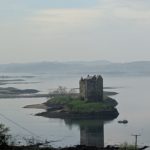 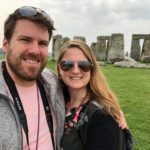 Katie visited Inverness, which of course is well known in the Outlander series (books and tv show), Katie was able to see the wedding dress of the Isabella MacTavish when she was married to Malcolm Fraser and listen to a Jamie Fraser look-a-like play the bag pipes in the town square.

Glencoe, Scotland is arguably one of the most famous filming locations in Europe. You may recognize the location of the photos above, but if not, that is where Hagrid’s hut was in Harry Potter! Also filled in this famous valley are scenes from Outlander, Game of Thrones, Monty Python and the Holy Grail, and Highlander.

If you are a Monty Python and the Holy Grail fan, you may recognize Castle Stalker above as the final siege scene in the movie.

Lastly Stonehenge, needs no introduction and is one of the most recognizable monuments in the world.

Thanks to SonaBank P.O.W.E.R, on Wedesday April 10, 2019 our very own Pam Gavin was interviewed by CBS 6’s Jessica Noll. Tune in to the video here, to learn more about Gavin Law Offices, Pam’s journey to where she is today and to talk about the importance of having a great team.

Pam Gavin began her legal career at two “mega” firms before building her own firm Gavin Law Offices, PLC – we’re sitting down for a second cup with Pam to learn more about her firm, what drives her and how the Sonabank POWER program helped her to achieve it. Jessica Noll – WTVR CBS 6 #vtmsecondcup #vtmsecondcupwithjess #sonabank #sonabankpowerprogram

You can head over to our Facebook page and see more www.facebook.com/gavinlawoffices

Nothing can compare to knowing that you’re working with a group of extremely knowledgeable professionals, sincerely concerned for every aspect of your success. Gavin Law Offices shows their clients respect during each step of the process and works to ensure that there is clarity, security and an ultimate feeling of confidence.