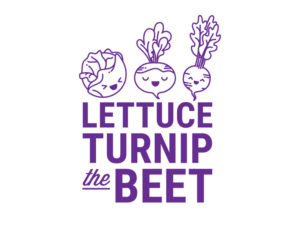 They can be seen everywhere: funny phrases, beautiful works of art, and hip logos adorning hats, shirts, and apparel of all sizes and shapes.  But no matter how cool the design, catchy the slogan, or hilarious the pun, take caution before expending time and money trying to trademark or market your creative trademark.  Unfortunately, trademark law takes the on mantle of the grumpy old man whose yard swallowed many a Frisbee® and baseball of our youth, his catchphrase no longer the classic and effective “Get off my lawn,” but the much dryer “That’s decorative, ornamental, or aesthetically functional!”

The Trademark Office will refuse to register marks that are merely “decorative or ornamental.”  Meaning that if an applied-for mark is not being used as a source or brand identifier, but is rather a flashy design merely adorning the products being sold, such mark is ineligible for trademark registration.  Such objections usually arise if the mark is displayed only on the goods themselves, such as on the front of a tee shirt, and not in a manner that identifies the maker of such goods.  Thus, a decorative or ornamental objection can be overcome, or avoided altogether, if an applicant properly uses the mark in commerce as a source-identifier.  Trademark counsel will be able to advise regarding proper filing strategy for your mark.  However, once a mark is registered, it may still face an aesthetic functionality claim, if not properly utilized.

Aesthetic functionality is a murky area of trademark law that traces its roots to a comment in the 1938 Restatement of Torts: “When goods are bought largely for their aesthetic value, their features may be functional because they definitely contribute to that value and thus aid the performance of an object for which the goods are intended.”  Essentially, a mark is aesthetically functional if consumers are purchasing products for the mark itself, and such mark is not acting as a source-identifier.  This is not to say that a mark cannot act as both the reason a consumer purchases a particular product and a source identifier.  Consider the Nike swoosh.  Consumers buy all manner of goods prominently bearing the iconic swoosh, and we can reasonably infer that at least some of these consumers are buying these goods because of the design.  However, Nike has spent considerable effort in establishing itself as a brand, and consumers are not simply buying products because they like the swoosh design aesthetically, but also because they have brand loyalty to Nike and/or like Nike as a company.

Problems arise when consumers purchase products because of “interest in the specific names, independent of the reputation the companies developed when selling the products” LTTB LLC v. Redbubble, Inc., Case No. 18-cv-00509-RS, at *6 (N.D. Cal. Jul. 12, 2019).  A recent case in California, LTTB LLC v. Redbubble, Inc., highlights this distinction.  In LTTB, plaintiff LTTB brought suit against Redbubble, Inc. regarding numerous products featuring LTTB’s registered trademarks for LETTUCE TURNIP THE BEET (the “Marks”) for sale on Redbubble’s website.  LTTB LLC, at *2.  Redbubble successfully sought summary judgment claiming, in part, that the Marks were aesthetically functional.  Id.  The court held that LTTB was selling the pun, “Lettuce Turnip the Beet,” itself, stating:

The products are simply the vehicle for distributing the claimed “trademark,” rather than the other way around, where a trademark is used to identify the source of the goods. While companies that have already established s famous mark for selling a product—for instance Coca-Cola, Volkswagon, Audi, or Nike—may thereafter be able also to exploit consumer interest in the mark by selling t-shirts or other products emblazoned with such marks, and preclude others from doing so—that simply does not present an equivalent issue.

LTTB’s Marks could serve simultaneously as a functional component of a product and a trademark, if the typical consumer not only purchased the goods for its aesthetic appeal, but also inferred from the Marks that the goods were produced, sponsored, or endorsed by LTTB.  LTTB LLC, at *8 (citations omitted).  However, the court held that LTTB presented no evidence that a purchaser of “Lettuce Turnip the Beet” products could infer from the use of the pun that such products were “produced, sponsored, or endorsed by any particular person or entity.”  Id. at *8.  Thus, consumers bought these products not because they originated from a specific producer, but because of the pun itself, which is a clear example of aesthetic functionality.  Additionally, even though LTTB’s marks had achieved “incontestability” on the Federal Trademark Register, statutory incontestability “does not preclude challenges based on arguments that the marks are ‘functional.’”  Id. (citing 15 U.S.C.§ 1115(b)(8)).

To avoid claims of aesthetic functionality, trademark owners must ensure their marks act as source identifiers.  In order to best protect your designs and slogans, we always recommend you consult a licensed trademark attorney.  Counsel can help you to develop a comprehensive strategy to ensure maximum protection.