Courtney, an Associate Attorney at Gavin Law Offices, recently returned from an exciting trip to Colorado.  Her trip came soon after Governor Jared Polis signed the Colorado Privacy Act (or “CPA”) into law on July 8, 2021.  With Polis’s signature, Colorado officially became the third state behind California and Virginia to enact a comprehensive data privacy law.

The CPA is set to take effect on July 1, 2023, just months after the Virginia Consumer Data Protection Act (“CDPA” or “VCDPA”) and the California Privacy Rights Act (“CPRA”) become effective on January 1, 2023.

While the three laws share many similarities, important differences exist amongst them as well (for example, the Colorado Privacy Act does not appear to exempt non-profits, which are largely excluded from the requirements the CPRA and CDPA plan to impose on covered businesses).  Businesses will likely struggle to understand their compliance obligations as new state data privacy laws continue to be passed across the United States. These obligations include varying terminology and definitions, exemptions, and requirements under the patchwork of state laws that apply to them. 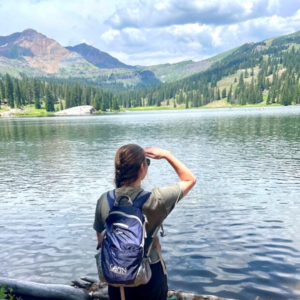 In addition to the new California, Virginia, and now Colorado laws, several other states such as Pennsylvania, North Carolina, South Carolina, and New York are currently considering legislation related to data privacy and protection.  A question many industry groups, businesses (and their attorneys), and consumers are asking is whether the state data privacy laws will continue, or if a federal data privacy law will be passed in the near future.  Further, could a federal law aim to pre-empt the existing numerous state data privacy laws we have just seen get passed?  While a comprehensive federal data privacy bill has not been seriously considered yet by Congress, U.S. Senator Kirsten Gillibrand introduced the “new and improved” Data Protection Act of 2021 last month.[1]

We will continue to track state data privacy laws, as well as the new federal data privacy legislation, and look forward to updating you regarding the same.

(This is not intended as legal advice. Contact a lawyer for assistance in your particular situation.)